i. Count and write in millions, billions and trillions.

ii. Apply the counting, writing and reading of large numbers in everyday life.

iv. Division with the use of place value.

i. Meaning and identification of fractions.

iv. Arrange given fraction either in ascending or descending order.

i. Convert fractions to decimals, decimals to fractions.

i. Meaning of decimal fractions.

ii. Relationship between fractions and decimals.

i. Prime numbers and prime factors.

i. Estimate the dimension and distance within the school.

i. Estimation of prices of everyday articles.

ii. Relationship of estimated prices to real prices of the articles.

ii. Addition and subtraction of numbers in base 2.

i. Multiplication of numbers in base 2 numerals.

ii. Quantitative reasoning involving problems related to conversion and application of numbers in base 2 numbers.

i. Changing percentages to decimals.

ii. Relationship of estimated prices to real prices of articles.

i. Practical representation of numbers using

c. mixture of digits and words.

i. Approximation to a required degree of accuracy: tens, hundred, tenth etc.

i. Factors of numbers.

ii. Prime factors of numbers not greater than 200.

iii. Expressing numbers as product of its prime factors.

i. Multiples of numbers.

i. Addition and subtraction of directed numbers.

Week 8: SIMPLE EQUATIONS IN ONE VARIABLE

Solving equations of the form

i. Introduction to the Cartesian plane.

iv. Construct shapes from given coordinates.

i. Identifying linear inequality in one variable.

i. Percentage and ratio.

i. Profit and loss.

i. Addition and subtraction of binary numbers.

i. Conversion form base 10 to binary.

ii. Conversion from binary to other bases.

i. Identifying rational and non-rational numbers.

ii. Determining the approximate value of some non-rational numbers.

i. Area of triangles.

iv. Area of circles and sectors.

Factorization of expressions of the form:

i. Solution of simultaneous equations by substitution method.

i. Compiling table of values for simultaneous linear equations.

i. Definition of variation.

v. Joint variation y=kpq, where k is a constant. 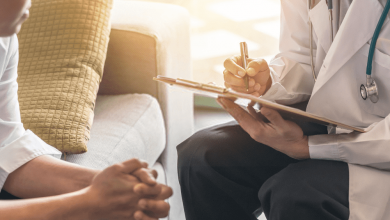 GOD’S CREATIONS ARE FOR MAN‘S INTEREST