TOPIC: Sacrifice involved in Jesus giving his life for us

ENTRY BEHAVIOUR/ PREVIOUS LESSON: The students are familiar with Jesus gives his life for us on the cross.

The arrest of Jesus

At Gethsemane, Jesus went with his disciples in the night. He knew that is time for death was close so he said to his disciples “my soul is sorrowful even to death, remain here and watch with me.” After some time Judas came in with so many people holding swords and clubs. They were sent by the chief priest and elders. Judas has conspired with them that the man he would kiss was jesus.so, he kissed Jesus and Jesus was arrested.

The trials and suffering of Jesus

Jesus was taken to Caiaphas, the high priest where lawyers and elders had gathered. Peter followed Jesus at a distance and was watching what would happen in the courtyard. The people trial to find fault with Jesus so that they could put him to death but they found none. Jesus was ask if he was the messiah, the son of God and when he replied, he was accused of blasphemy. They spit on his face and mocked him. They took him to Pilate the roman governor the next morning in chains.

The trial of Jesus before Pilate

When Pilate ask Jesus ‘Are you the king of the Jew? ‘Jesus answered ‘you have said so’ Pilate told the people that he could find no crime in Jesus, but the people were not pleased. So he commanded they take Jesus to Herod since he was fro, Judea. And when Herod question Jesus. Jesus did not answer any of his questions, so he was mock and not respected. He was taken back to Pilate. Pilate told the elders and the priest that he and Herod finds no fault from him.so he don’t deserve death and he will be released but the people shouted ‘crucify Him. Then Pilate ordered that the demand of the people be granted and Barabbas was released while Jesus was to be killed.

JESUS FIATH ON THE CROSS

When Pilat released Jesus to the people. He was led away to be killed on the cross. They ceased a man called Simon, a native of Cyrene and made him carry the cross behind Jesus. Jesus told the women crying for him not to weep. Jesus was crucified with two criminals at the place called skull. There Jesus ask God to forgive the people “father forgive them, for they know not what they do,” the ruler and the soldiers mocked and was given vinegar to drink. One of the thief was also mocking Jesus saying he could not save himself while the other thief shun the other one and said Jesus was innocent. And he told Jesus to remember him ibn his kingdom. Jesus replied and said to him “truly, I say to you today, you will be with me in paradise.”

There was darkness over the whole land for three hour. The curtain of the temple was also torn into two. Then Jesus cried with a loud voice saying “father, into thy hands I commit my spirit” then he died.

The importance of Jesus laying down his life for us.

Prayers: thank you Jesus for giving your life for us on the cross..

PREVIOUS LESSON: Jesus gives his life for us on the cross

NEXT LESSON: the death on the cross.

Jesus Gives His Life for Us on The Cross

The Death on The Cross 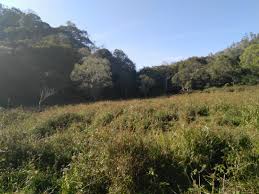