TOPIC: CLASSIFICATION OF COMPUTER BY GENERATION

ENTRY BEHAVIOUR/ PREVIOUS LESSON: The students are familiar with classification of computer based on size.

CLASSIFICATION OF COMPUTERS BASED ON GENERATIONS

Each generation of computer is based on a new technological development.

The following are the generations of computers

First generation started and ended from 1940 to 1956.the computers are very expensive to operate and used a lot of electricity and they generate a lot of heat. The circuit are made of vacuum tubes and magnetic drums were used for memory purposes. While Punched cards and paper tapes were used to give input and the output is displayed as printouts.

Second generation computer started and ended from 1956 to 1963.

It make use of transistors as it circuit and magnetic core technology as it primary memory and magnetic disk as secondary memory storage. It made the computer smaller, faster, cheaper energy efficient and more reliable than the first generation computer.

Punched cards and paper tapes were also used to give input and the output is displayed as printouts. They used the concept of stored program, where instructions were stored in the memory of the computer. This computer also generate lots of heat but much less compared with the first generation computers. They required less maintenance than the first generation computers.

It started from 1971 to present. They are modern day computer and they make use of microprocessor, it also make use of reduce size of integrated circuit and it external size and price. This increase power, efficiency and reliability. Semi –conductor memory replace d magnetic

core memory used earlier, resulting in fast random access to memory. The fourth generation gave rise to personal computer (pc). The personal computer for home and office use were introduce in the year 1981 by IBM. Many computers were linked to form networks, which led to the emergence of the internet.

The main aim is to develop computers that are capable of learning and self-organization (artificial intelligence).

These computer make use of super large scale integrated (SLSI) Chips, it store millions of components on a single chip, are used in these computers. This types of computers are used in the field of robotics and games. It have large memory and it used parallel processing, which allows several instruction to be executed simultaneously instead of serial execution or executing one after the other. Parallel processing results in faster processing of tasks.

Computer are classified into

CONCLUSION: the teacher sum up the lesson.

PREVIOUS LESSON: CLASSIFICATION OF COMPUTER BASED ON SIZE

NEXT LESSON: CLASSIFICATION OF COMPUTER BY PURPOSE

CLASSIFICATION OF COMPUTER BY SIZE 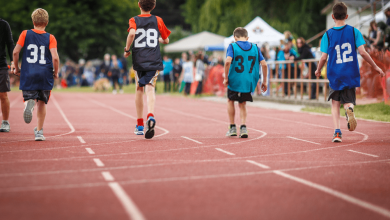 HOW TO PRODUCE SIMPLE ARTICLE